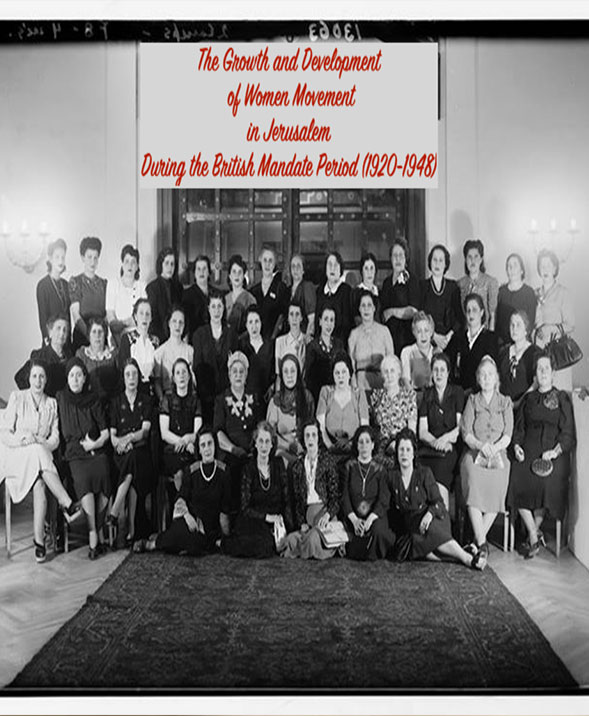 Women’s Role in Palestine – A Presentation

The research discusses the development of the women’s movement in Palestine in the early British Mandate period through a photo that was taken in 1945 in Jerusalem during a meeting of women activists from Palestine with the renowned Egyptian feminist Huda Sha’rawi.

The photo sheds light on a side of Palestinian society that hasn’t been well explored or realized by today’s Palestinians. It shows women in a different role than what today, by some is constructed as the “traditional” or “authentic” one.

The photo gives insights into a particular constituency of the Palestinian women’s movement: urban, secular-modernity women activists from the upper echelons of Palestinian society of the time, women without veils, contributing to certain political and social movements that shaped Palestinian life at the time, and connected with other Arab women activists. Veiling or unveiling of the women, is often analyzed through the frames of ‘modernity’ and ‘tradition’, where for modernists unveiling women represents progress and modernity, while the veil becomes the symbolic locus of tradition, backwardness and gender discrimination.

Consequently, analyzing women’s movement in Palestine as elsewhere, must be set within a wider frame that analyses the politics of modernity, and the rhetoric of binary discourses juxtaposing ‘tradition’, ’modernity’, ’East’ and ‘West’ by different political actors on the ground engaged in processes of modern-state building.
Palestinians have been doomed to face the challenges of liberation. That time was no exception. This exploration delves into those activities and the roles women helped to form in that period.

Women’s roles were part of a collective forgetfulness due to the brutal decades of the end of the Ottoman era—a forgetfulness that resulted in a total amnesia regarding positive acts of that era. When people remember stories of forced militarization and collective punishment, massacre, poverty, and illnesses, such negative aspects overshadow the reality of the life of that era.

Hence, the thesis attempts to explore how the political disputes, national consensus effected the development of an effective social feminist agenda.

The thesis will examine the question of whether the rise of women’s movement was part of the rising modernist middle or /and elite class, due to the natural development of the period, including education, political activism, etc. within the mandate period; or it was as well, a collective awareness within the society and its different classes.

We use cookies on our website to give you the most relevant experience by remembering your preferences and repeat visits. By clicking “Accept”, you consent to the use of ALL the cookies.
Cookie settingsACCEPT
Manage consent

This website uses cookies to improve your experience while you navigate through the website. Out of these, the cookies that are categorized as necessary are stored on your browser as they are essential for the working of basic functionalities of the website. We also use third-party cookies that help us analyze and understand how you use this website. These cookies will be stored in your browser only with your consent. You also have the option to opt-out of these cookies. But opting out of some of these cookies may affect your browsing experience.
Necessary Always Enabled
Necessary cookies are absolutely essential for the website to function properly. This category only includes cookies that ensures basic functionalities and security features of the website. These cookies do not store any personal information.
Non-necessary
Any cookies that may not be particularly necessary for the website to function and is used specifically to collect user personal data via analytics, ads, other embedded contents are termed as non-necessary cookies. It is mandatory to procure user consent prior to running these cookies on your website.
SAVE & ACCEPT
%d مدونون معجبون بهذه: